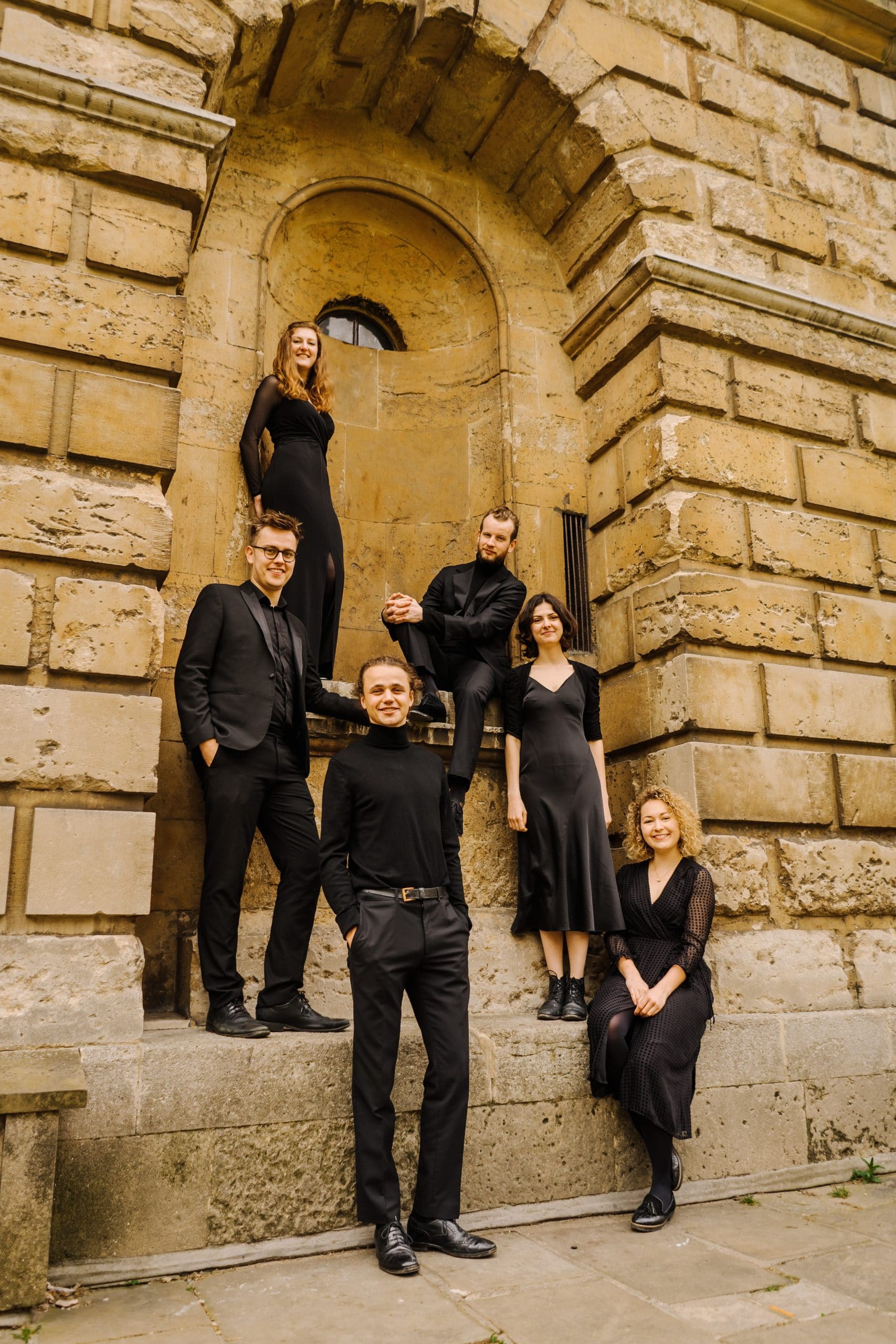 Formerly the New Oxford Consort, who previously performed at Wellhayes in September 2019, the Corvus Consort changed their name in July 2020, with the release of two videos (see corvusconsort.co.uk) produced remotely during the first Coronavirus lockdown.

The singers are drawn from a pool of young professionals in the early stages of their singing careers, directed by their founder, Freddie Crowley, who grew up in Gidleigh on Dartmoor. With key objectives of musical versatility and innovative programming, the Corvus Consort perform in a wide variety of genres and styles, ranging from the Renaissance to the present day. The Consort commissioned twelve of the UK's most exciting young composers to write miniature works for a choir of twelve voices based on The Twelve Days of Christmas. The resulting works were released online in twelve short videos over Christmas 2020. In October 2021 the Consort collaborated with Music on the Edge in an improvisatory exploration of Renaissance sounds to a packed and appreciative audience in Bishops Lydeard for Music on the Quantocks. Ongoing collaborations include a project of music for upper voices and harp with harpist Louise Thomson, and Baroque and Renaissance vocal works in new transcriptions and arrangements for voices and saxophones with the Ferio Saxophone Quartet, with whom the Consort have made their debut CD recording, which was  released on Chandos Records in September 2022.

The Corvus Consort are the Ensemble-in-Residence at Dartmoor-basedWhiddon Autumn Festival. Other future engagements include Chiltern Arts, Church Stretton Festival, Simonsbath Festival, and planned performances at Buckfast Abbey and Clifton Cathedral.

The programme they performed was:

Take, O take those lips away

Light of my soul
There is a paradise on Earth

I will move thee